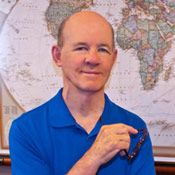 Jeff Gulleson, President of Good Neighbor Insurance, was raised in the small town of Satsop, Washington, about two hours west of Seattle. “I’m not sure about now, but back in the day it had no more than 150 people.” Jeff says.

After graduating from college in 1963, Jeff joined an NGO working in Indonesia. During this time he learned Indonesian and later wrote several books in that language on communication skills and leadership.

Jeff first moved to a small town on Madura Island among the Madurese people. (Hear some of their stories here.) and especially remembers traveling four hours to Java weekly to find a copy of NEWSWEEK and catch up on Western news in English.  Nowadays they have internet cafés, but this was back in the 1960s and news was scarce. 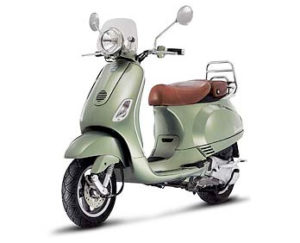 Mondays were also special as Jeff would put wife and two sons on his Vespa scooter and drive them to the beach for lunch as part of “family day.”

Once, when they were in the Singapore Airport on their way back to the U.S., Jeff’s preschool age sons went into the bathroom just to flush all the toilets. That was exciting entertainment because they had never seen, let alone used, a Western flush toilet until that time!

After seven years, the family moved to the big city of Surabaya, the second largest city on the island of Java. Here Jeff was a Field Director and did leadership training. In those years, the kids attended the Surabaya International School along with other Western embassy staff worker’s kids. Later, in Jakarta, the family lived a block and a half from the President and Vice President of Indonesia.

After 32 years, Jeff officially “retired” from his work overseas and moved to Phoenix, Arizona, primarily for the weather. As an entrepreneur, Jeff was soon looking for something new.

In 1997, he founded Good Neighbor Insurance in his spare room and began working to better protect and serve those same families and organizations that he knew so well overseas. That first year he made $7,500, but kept at it knowing many dedicated people were spending their lives doing good for others while they themselves were often at risk due to poor coverage or lack of affordable coverage.

In those days Jeff would say, “If I can make $2,000 a month, I’ll be a happy camper.” His oldest son, Doug, joined him in 2000. Over the last 16 years, Jeff and Doug have steadily grown Good Neighbor Insurance into a thriving business with solid financials. As a wise businessman, observing hard-working, savvy Indonesians, Jeff avoids debt and Good Neighbor purchased its current building in the Metro Phoenix area.

Jeff realized that one insurance carrier couldn’t meet the needs of so many different families and situations. So he began to meet and select from overseas insurance providers, choosing only those with the best reputations and most solid financials. From these providers, Jeff would offer only the best plans in terms of benefits and price.

Jeff was an early adopter of the internet, which gave him the ability to connect with teams and organizations overseas. This commitment to technology, as a way to bridge the gap, helps families overseas get clear, honest answers on a confusing or frustrating topic. It is one reason why Good Neighbor has such high rankings on Google, and our name is recognized worldwide.

Jeff has instilled absolute honesty and integrity into our ethos as the business has grown. And from our beginnings until today, the core value of personal communication and personal touch has been a part of everything we do. In Indonesia, everything is done through relationships. Upon moving back to the states, Jeff quickly realized that America was beginning to forget that important value.  So you’ll notice that we answer our phones in person so you won’t have to leave a message. (unless you are calling from six or more time zones away!) And we don’t use telemarketers.

Most of the staff Jeff has hired to help our clients have lived and worked overseas themselves. So helping others overseas is personal for them. And that caring spirit and active interest is expressed daily with customers.

Jeff is married and has three sons: Doug, Dennis and Dusty.

Jeff continues his legacy in Southeast Asia through a non-profit that he helped create in 2003 to work alongside of Indonesians.

He speaks and writes Indonesian, some Madurese and some Javanese and tries to visit Indonesia once a year.

“I’m sure the eBook “The TOP THREE RISKS When Traveling Overseas” will help you as you plan to travel overseas. I am working on a book now, “Essential Travel Tips You Can’t Get From Searching Google.” It’s based on the real world experiences of expats like myself who’ve lived /worked overseas. If you’d like a copy, email me here  and when it is finished, I’ll send you a copy for reading my story above!