Good Neighbor Insurance (www.gninsurance.com) is continuing to update our clients on the new health insurance laws.   There are six major coverage options for those in the US and even though some of the rules and regulations are similar for all many differences are there and it all depends on how old you are and for whom you work.  Many critical details of this new insurance law will be clarified in the months and years to come.

These six major coverage options are:

(6) Full government health plans like Medicaid, CHIP, TRICARE, VA and other coverage plans as may be designated by the Department of Health and Human Services based mostly on financial criteria and/or military service.

The president signed the Patient Protection and Affordable Care Act (PPACA) into law on March 23, 2010. Additionally, he signed the Health Care and Education Reconciliation Act of 2010 on March 30, 2010, which made amendments to the PPACA law. The president’s signature on the reform bills triggered a series of major changes to the health care system that will affect every American. There were several changes that became effective upon President Obama’s signature. The rest of the changes are scheduled to become effective at varying times over the next several years.

The law is wide-reaching and encompasses more than 2,700 pages and many more pages of expected new regulation. Many of the specific details are yet to be finalized by federal agencies and state officials. This guide outlines some of the major sections of the law, and we’ve indicated when guidelines are pending from the United States Department of Health and Human Services (HHS) and other federal or state agencies. These guidelines will help all health insurance companies comply more completely with the reforms.

A survey of 72 of the largest companies in the U.S. conducted by the National Business Group on Health in August 2010 found that most of the large employers surveyed will be changing their health care plans for 2011. These companies represent more than 3.7 million employees.

Health care costs in 2011 are expected to increase an estimated 8.9% as a result of the recently passed Patient Protection and Affordable Care Act. To manage this situation, many employers in the survey claim that they will implement changes in their health care plans that shift some of the financial burden onto employees:

Also, 62% of the large companies surveyed indicated they will switch to consumer-driven health plans (CDHPs) in 2011, either through health savings accounts (HSAs) or health reimbursement arrangements (HRAs) which most employers will combine with a high-deductible plan.

The survey also found that to manage retiree health care costs, 46% of the surveyed employers will impose caps on company contributions, 37% will increase employee contributions, and 5% will drop the coverage altogether.

REQUIRED ACTIONS
Benefits administrators face the important task of keeping benefit plans cost-effective as health care costs continue to increase in 2011. Switching to consumer-oriented health plans and increasing employee contributions and copayments are among the preferred strategies for large companies in the U.S.

Employers should be cautious when redesigning employer-sponsored health care plans, particularly because the Patient Protection and Affordable Care Act stipulates that health care plans will lose their grandfathered status if significant measures are taken to reduce the benefits or increase the costs to consumers. Keep in mind that to maintain grandfathered status, plan sponsors may not take any of the following actions with respect to plan elements in effect on 23 March 2010.

Enacted 30 March 2010, the Patient Protection and Affordable Care Act (PPACA) includes reporting provisions for form W-2 starting tax year 2011. Specifically, W-2s for tax year 2011, which should be distributed to employees on or before 31 January 2012, will have to report the aggregate cost of applicable employer-sponsored health care plan.

An applicable employer-sponsored health care plan is health coverage under a group health plan offered to employees by their employers, which premiums are excluded from the calculation of the employee gross income. 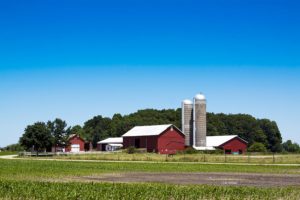 The 2011 Segal Health Plan Cost Trend Survey revealed that relative to 2010, medical and prescription drug trend rates will remain stable in 2011, with the exception of indemnity plans and high-deductible health plans (HDHPs), medical preferred provider organizations (PPOs), and point of service plans (POS). Compared to 2010 forecasts, the trend rate for indemnity plans and HDHPs are expected to decrease, while trend forecasts for PPOs plans/POS are slightly higher (up 0.2% to 0.6%) than last year.

A trend is a forecast of the per capita claims cost which is usually highly correlated with the actual cost increase a plan carrier assesses, but they are not the same. In fact, changes in the cost of a plan may be very different from the projected claims cost trends, as the plan cost reflects variables such as group demographics and changes in plan design and/or participant contributions.

Other noteworthy findings of the survey include:

For 2011, Medicare Advantage (MA) health-maintenance organizations (HMOs) trend rates are projected to decrease from 7.7% to 7%, while MA PPOs trend rates are forecasted to be 6.4%.

The survey findings indicate that health plan cost trends continue to outpace increases in inflation and average earnings, imposing a significant challenge on plan sponsors as they try to maintain affordable health care coverage for employees and their families.

Adding to the challenge, there’s the 2010 Patient Protection and Affordable Care Act (PPACA) and its provisions, which are expected not only to add to cost trend rates but also to have a significant financial impact inasmuch as they remove lifetime dollar limits. This is why many plan sponsors have already begun to build-in the cost of the coverage for adult dependent children up to age 26 into future participant contributions within the new rules’ permissions. In addition, some plan sponsors are considering requiring that adult children have no access to other employer-sponsored health plans. Other plan sponsors covering pre-Medicare-eligible retirees are choosing to file for the retiree reinsurance subsidy program, by which, until 1 January 2014, employers will be reimbursed up to 80% of claims between USD 15,000 and USD 90,000 for pre-Medicare retirees ages 55 to 64 who are covered under employer-provided insurance plans in a given year.

Plan sponsors are faced with the challenge of balancing plan costs while implementing practical solutions to comply with the PPACA. Providing a financially sustainable yet high-quality health care requires plan sponsors to craft plan design strategies. In an effort to balance cost mitigation and quality of the health plan, plan sponsors have begun to focus on cost management strategies such as wellness and care management investments, value-based designs (use of high quality providers at a relative low cost), data mining and discounted provider networks.

Doug Gulleson loves to scuba dive overseas and makes sure he has his US health care and overseas health care information with him at all times when he travels (check out his diving travels at www.douggulleson.com).  Keep our blog close by you, www.gntravelinsurance.com , for continual updates on the changes with the US health care system.

END_OF_DOCUMENT_TOKEN_TO_BE_REPLACED

WEA stands for Worldwide Expatriate Association and is one of our top international insurance carriers for Good Neighbor Insurance. WEA is part of the PA Group. Are they good? Nope! They are great!! Are they backed up by solid name brand global companies? You bet! Here is more information on that: 1.   WEA’s career insurance […]

END_OF_DOCUMENT_TOKEN_TO_BE_REPLACED

Good Neighbor Insurance (www.gninsurance.com and www.gnazhealth.com) is continuing to update our clients on the new health insurance laws.   There are six major coverage options for those in the US and even though some of the rules and regulations are similar for all many differences are there and it all depends on how old you are […]

END_OF_DOCUMENT_TOKEN_TO_BE_REPLACED

HIPAA Certificates No Longer Required in 2015 Effective for plan years beginning on or after Jan. 1, 2014, the Affordable Care Act (ACA) prohibits group health plans and issuers from imposing pre-existing condition exclusions (PCEs) on any enrollees. Prior to 2014 plan years, the ACA prohibited PCEs for enrollees under 19 years of age. The […]