Comprehensive list of ACA employer penalties and excise taxes updated August 2015. The Affordable Care Act (ACA) includes numerous reforms for group health plans and creates new compliance obligations for employers and health plan sponsors. The ACA, for example, requires health plans to eliminate pre-existing condition exclusions and provide coverage for preventive care services without cost-sharing. Some of the reforms for health plans apply to all health plans, while others apply only to non-grandfathered plans or to insured plans in the small group market.

Starting in 2015, the ACA requires applicable large employers (ALEs) to either provide affordable, minimum value health coverage to full-time employees or face penalties. Employers and plan sponsors must also comply with new reporting and disclosure requirements, such as the health coverage reporting requirements under Internal Revenue Code (Code) Sections 6055 and 6056. In addition, the ACA imposes several taxes and fees on health plan sponsors, such as the transitional reinsurance fee and the tax on high-cost employer plans.

Failing to comply with the ACA’s requirements can cause severe consequences for an employer. The potential consequences vary depending on the ACA requirement that is involved and the nature and extent of the violation. Employers should keep these consequences in mind as they continue to work on ACA compliance.

The $100 per individual, per day excise tax may be triggered by a violation of any of the following ACA requirements for group health plans:

Reporting and Paying the Tax

Any applicable excise taxes must be reported on IRS Form 8928, “Return of Certain Excise Taxes under Chapter 43 of the Internal Revenue Code.” Instructions for Form 8928 are also available.

An employer must file Form 8928 and pay the excise tax by the due date of the employer’s federal income tax return, without taking into account any extensions. Filers may obtain an automatic six-month extension of time for filing Form 8928, but obtaining an extension does not extend the time to pay the excise taxes that are due.

The penalty for not complying with the ACA’s group health plan reforms is generally $100 per day, per individual, per violation, subject to the following minimum and maximum amounts:

There are some exceptions to the excise tax for group health plan violations. The excise tax may not apply if the failure is not discovered when exercising reasonable diligence, or if it is due to reasonable cause and is corrected within 30 days after the entity knew (or in exercising reasonable diligence, should have known) that the failure existed. A failure is corrected if it is retroactively undone to the extent possible and the affected beneficiary is placed in a financial position as good as he or she would have been in if the failure had not occurred.

In addition, small employers with insured health plans may be exempt from the excise tax for certain failures if the violation was solely because of the health insurance coverage offered by the insurer. A small employer for this purpose is an employer with an average of 50 or fewer employees on business days during the preceding calendar year.

Summary of Benefits and Coverage

The ACA also requires health plans and issuers to provide at least 60 days’ advance notice of any material modifications to plan terms that take effect during a plan year and are not reflected in the most recently provided SBC. A willful failure to provide this 60-day advance notice may trigger a $1,000 penalty and an excise tax of $100 per day, per individual.

The ACA’s employer shared responsibility rules are often referred to as the “pay or play” rules or the employer mandate. Under these rules, beginning in 2015, ALEs may face penalties if one or more of their full-time employees obtains a subsidy through an Exchange. An ALE is an employer with, on average, at least 50 full-time employees, including full-time equivalents (FTEs), during the preceding calendar year. An individual may be eligible for a subsidy either because the ALE does not offer health plan coverage or the employer offers coverage that is either not “affordable” or does not provide “minimum value” (MV).

Penalty for Not Offering Coverage to Substantially All Full-time Employees

Once the pay or play rules take effect, an ALE will be subject to a penalty if any of its full-time employees receives a subsidy toward an Exchange plan. The monthly penalty assessed on ALEs that do not offer coverage to substantially all full-time employees and their dependents will be equal to the number of full-time employees (minus 30) multiplied by 1/12 of $2,000 for any applicable month.

Transition relief for 2015 allows employers with 100 or more full-time employees (including FTEs) to reduce their full-time employee count by 80 when calculating the penalty. This relief applies for 2015 plus any calendar months of 2016 that fall within the employer’s 2015 plan year.

The monthly penalty assessed on an ALE for each full-time employee who receives a premium credit will be 1/12 of $3,000 for any applicable month. However, the total penalty for an employer would be limited to the penalty amount for not offering coverage to substantially all full-time employees.

The Internal Revenue Code also includes the following general penalties that apply for violations of reporting requirements, including those imposed under the ACA:

However, ACA employer penalties may be waived if the failure is due to reasonable cause and not to willful neglect. ACA employer penalties may be reduced if the reporting entity corrects the failure within a certain period of time. Also, lower annual maximums apply for reporting entities that have average annual gross receipts of up to $5,000,000 for the most recent 3 taxable years.

On June 29, 2015, President Obama signed the Trade Preferences Extension Act of 2015 into law, which increases the ACA employer penalties for failure to file correct information returns or provide individual statements under Code Sections 6721 or 6722. These changes are effective for information returns and individual statements required to be filed or provided after Dec. 31, 2015. The increased penalty amounts are as follows:

*For failures due to intentional disregard of the filing requirement will be equal to the greater of either the listed penalty amount or 10 percent of the aggregate amount of the items required to be reported correctly.

There are some exceptions to the Form W-2 reporting penalties. For example, a penalty will not apply if the employer can show that the failure was due to reasonable cause and not to willful neglect. In general, the employer must be able to show that:

In an effort to minimize any burdens and streamline the reporting process, the IRS allows reporting entities to use a single, combined form for reporting the information required under both Section 6055 and 6056.

A reporting entity that fails to comply with the Section 6055 or Section 6056 reporting requirements may be subject to the general reporting penalties for failure to file correct information returns and failure to furnish correct payee statements under Code Sections 6721 and 6722. However, ACA employer penalties may be waived if the failure is due to reasonable cause and not to willful neglect. ACA employer penalties may be reduced if the reporting entity corrects the failure within a certain period of time. Also, lower annual maximums apply for reporting entities that have average annual gross receipts of up to $5,000,000 for the most recent 3 taxable years.

The PCORI fees are due by July 31 of the calendar year following the plan year to which the fee applies.

Since the PCORI fee is considered a tax that is reportable on IRS Form 720, any related penalty for failure to file a return or pay a tax likely applies. Under Code Section 6651, the penalty for failing to file a return or pay a tax is the full amount of the tax, plus possible excise taxes ranging from .5 percent to 25 percent of the original tax. However, there are exceptions to the excise taxes for failures that are due to reasonable cause and not due to willful neglect.

Health insurance issuers and self-funded group health plans must pay fees to a transitional reinsurance program for the first three years of health insurance Exchange operation (2014 to 2016). The fees will be used to help stabilize premiums for coverage in the individual market. Fully insured plan sponsors do not have to pay the fee directly.

Certain types of coverage are excluded from the reinsurance fees, including HRAs that are integrated with major medical coverage, HSAs, health FSAs and coverage that consists solely of excepted benefits under HIPAA (such as stand-alone vision and dental coverage). Also, self-insured group health plans that do not use a third-party administrator for their core administrative functions are exempt from the requirement to make reinsurance contributions for the 2015 and 2016 benefit years.

For taxable years beginning in 2018, the ACA imposes a 40 percent excise tax on high-cost group health coverage. This tax, also known as the “Cadillac tax,” is intended to encourage companies to choose lower-cost health plans for their employees. Found in Code Section 49801, the Cadillac tax provision taxes the amount, if any, by which the monthly cost of an employee’s applicable employer-sponsored health coverage exceeds the annual limitation (called the employee’s excess benefit). For most employees, the initial dollar amount for purposes of calculating an employee’s excess benefit is $10,200 for individual coverage and $27,500 for other than individual coverage.

The penalty amount is:

The IRS is expected to issue guidance on the Cadillac tax requirements before they become effective in 2018.

END_OF_DOCUMENT_TOKEN_TO_BE_REPLACED

Large Employers ACA reporting is for those who have 50 plus employees. Employers will need to track certain affordable care act information and provide that to the IRS. Getting ready: Monthly tracking To prepare for 2016, applicable large employers need to track information each month in 2015, including: Whether you offered full-time employees and their […]

END_OF_DOCUMENT_TOKEN_TO_BE_REPLACED

Expatriate medical insurance and overseas travel insurance for those with U.S. Medicare – Part 2.  Good Neighbor Insurance has been asked over the years how does U.S. Medicare work?  Many of our long term, expatriate, clients who reside for many years outside the U.S. have some idea of how U.S. Medicare works but not fully.  The […]

END_OF_DOCUMENT_TOKEN_TO_BE_REPLACED 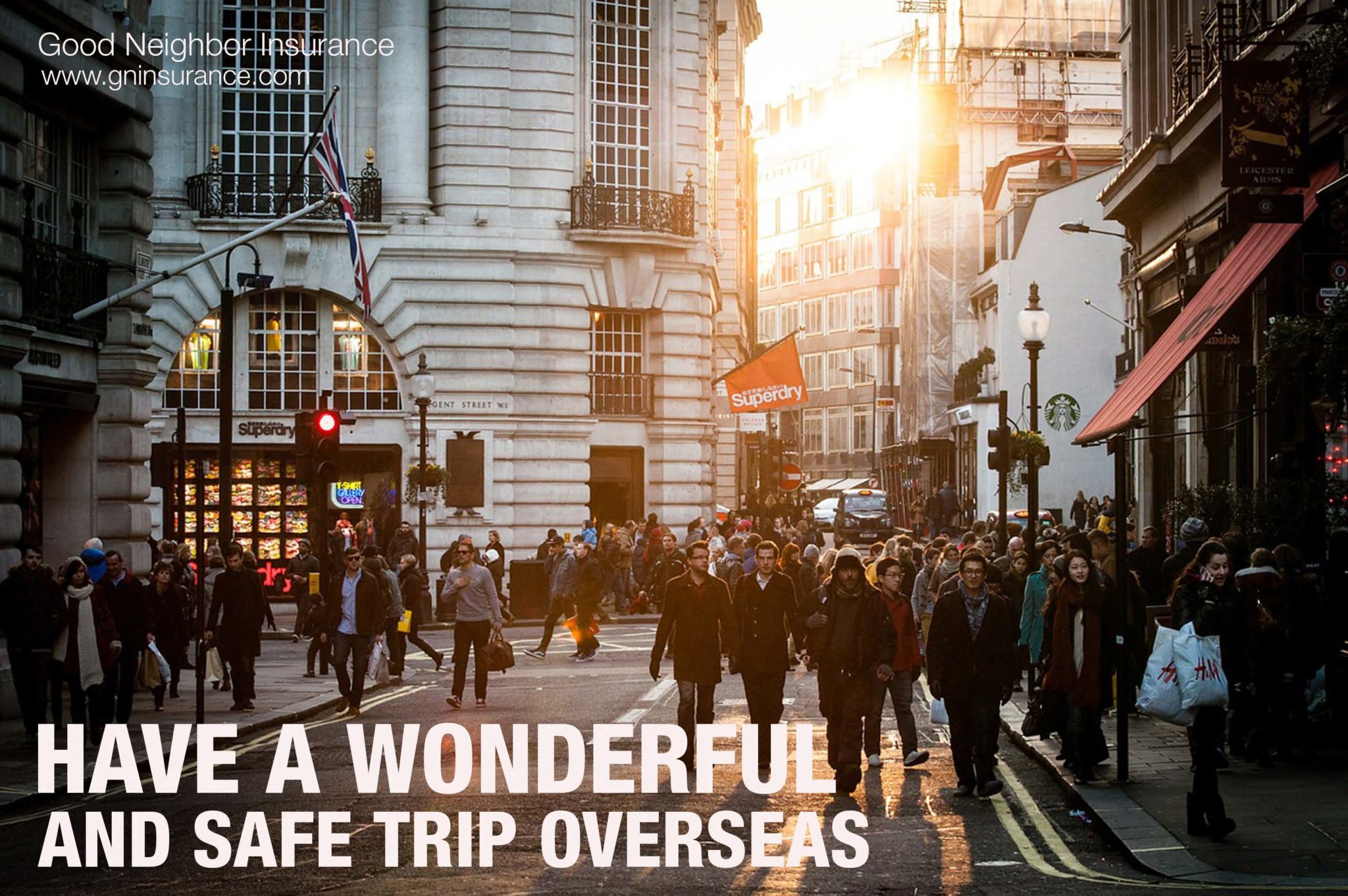